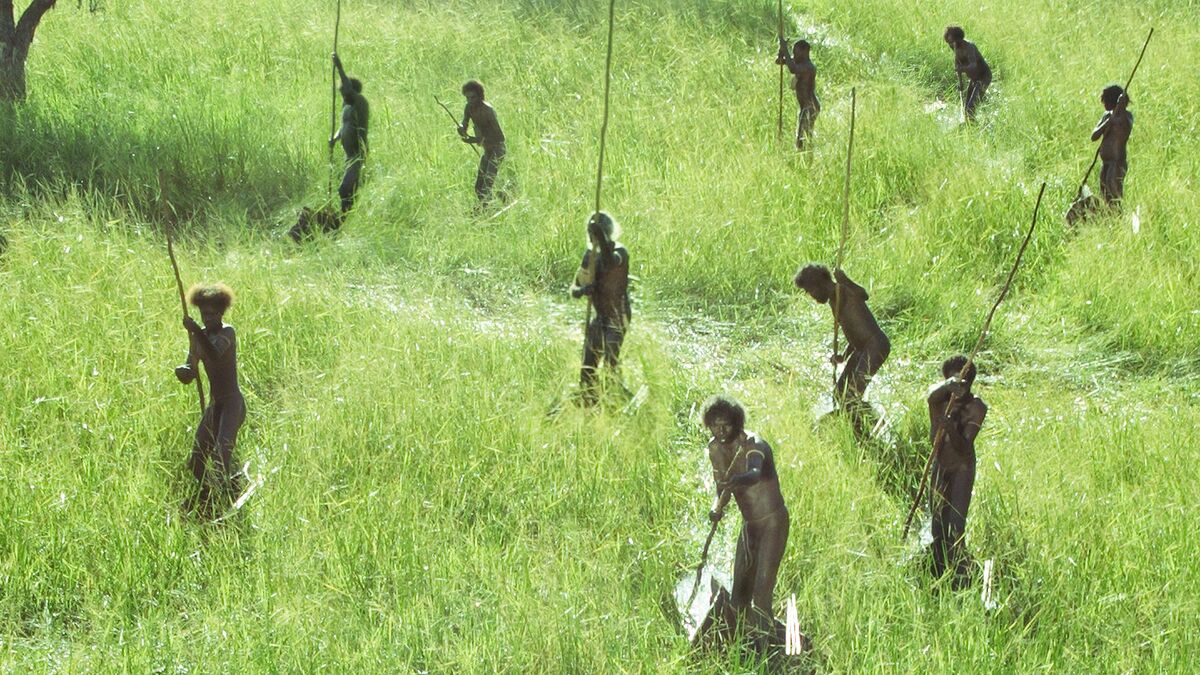 Ten Canoes has the look and the feel of an ethnographic documentary but is, in fact, a narrative films that skillfully interweaves two narrative strands: one is filmed in black-and-white, takes place in ‘the distant past, tribal times’ and revolves around a goose-egg hunt and the making of ten bark canoes. It serves as a narrative frame for a cautionary tale, set in a mythical past and shot in colour, about Ridjimiraril and his three wives, one of whom is coveted by his younger brother Yeeralparil.

As I argue in my forthcoming book Exotic Cinema, the film provides a good example for exploring the boundaries between ethnographic realism and exoticism.