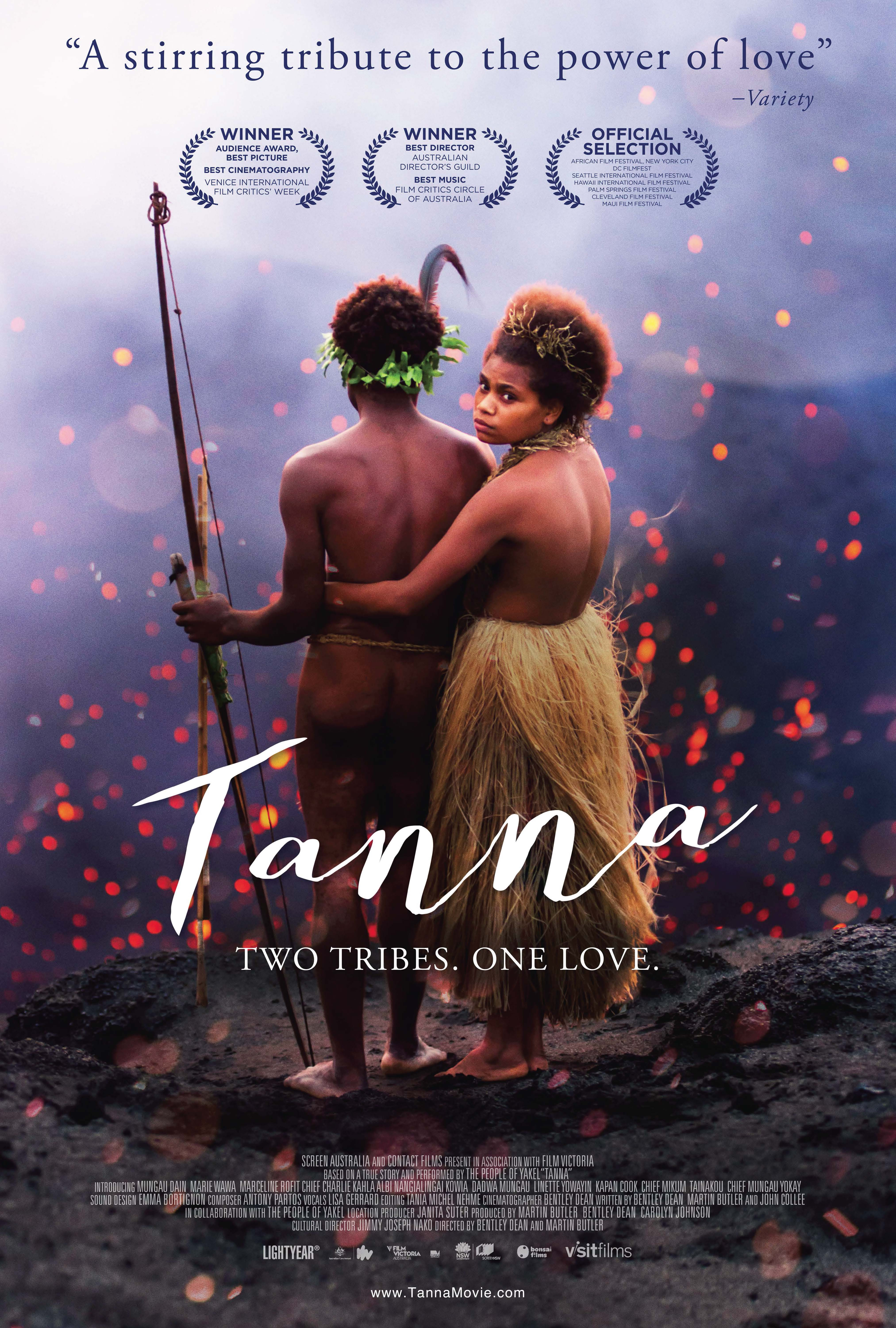 Set on the tropical island of Tanna in the South Seas, the film tells the story of star-crossed lovers, Wawa and Dain, from two hostile tribes. The film’s iconography of lush tropical forests, gushing waterfalls and Indigenous tribes clad merely in grass skirts and penis sheaths is reminiscent of ethnographic documentaries as well as of F. W. Murnau’s Tabu: A Story of the South Seas (1931) which could be described as the Urtext of the South Sea paradise film genre. Tanna was developed in close collaboration with the Yakel people and, in particular, J. J. Nako, who is the Cultural Director of the production. The publicity materials surrounding Tanna’s release suggests that the co-directors and co-producers, Butler and Dean, consider themselves as the facilitators, who enabled the Yakel tribe to bring their own story on to the screen and, eventually, to the attention of international film festival audiences.

As I contend in my forthcoming book Exotic Cinema, this emphasis on shared creative ownership is particularly salient in the context of Indigenous cinema which is inextricably linked to a sense of colonial guilt. The cosmopolitan sensibilities of the contemporary moment demand a heightened sensitivity to a long history of colonial violence and exploitation and the need for atonement.