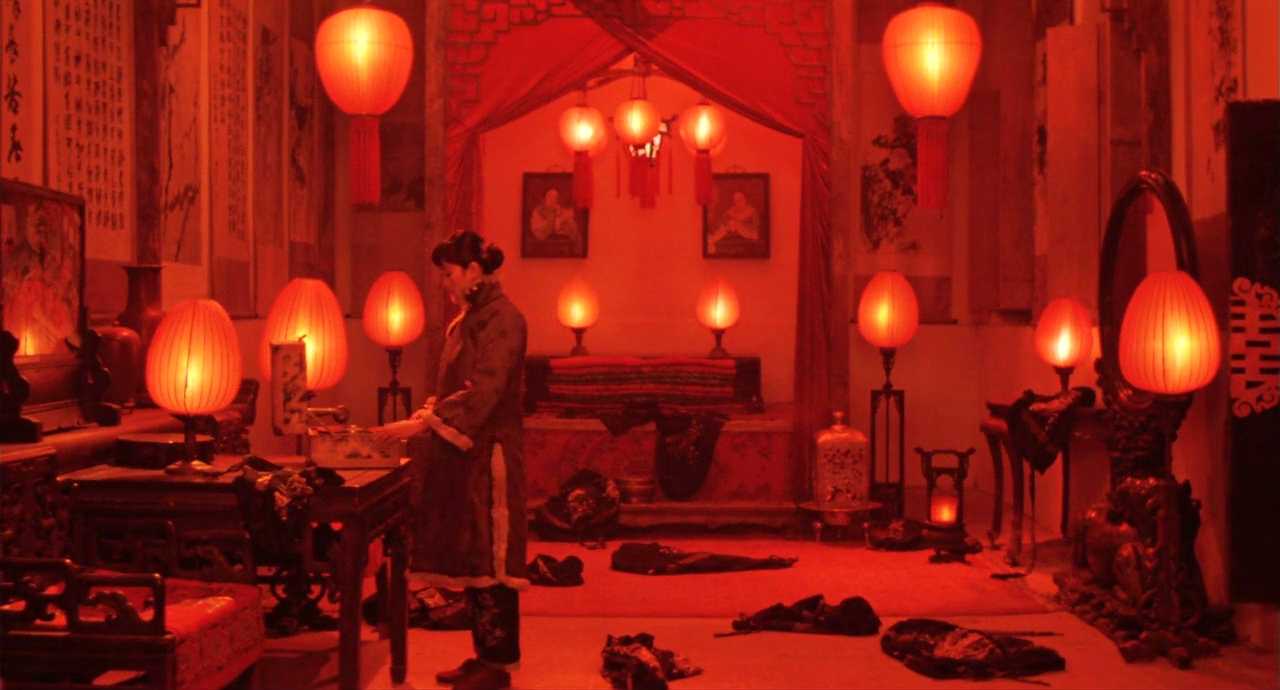 Raise the Red Lantern is set in the 1920s and tells the story of Songlian, a nineteen-year-old girl who is forced by her stepmother to marry the much older Master Chen after her father dies and her family goes bankrupt. Chen has three wives already and Songlian, as his fourth wife or concubine, vies with the others for his attention and material favours and much jealousy and intrigue ensues. Carefully composed painterly tableaus invite audiences to feast their eyes on opulent interiors as well as on the enchanting beauty of Gong Li, ‘the poster girl of Fifth Generation Chinese films (Khoo 2007) and the first actress in the post-Maoist period to gain global recognition.

The exoticism of Zhang Yimou’s film rests on the the use of established narrative tropes, notably that of the exotic-erotic-enigmatic Asian woman, and visual spectacle. The film was shot in the classic three-strip Technicolor process to achieve a richness of reds and yellows no longer visible in Hollywood cinema which abandoned the three-strip Technicolor camera in 1954. Commenting on the film’s captivating beauty, film critic Roger Ebert (1992) notes: ‘There is a sense in which Raise the Red Lantern exists solely for the eyes. Entirely apart from the plot, there is the sensuous pleasure of the architecture, the fabrics, the color contrasts, the faces of the actresses’.