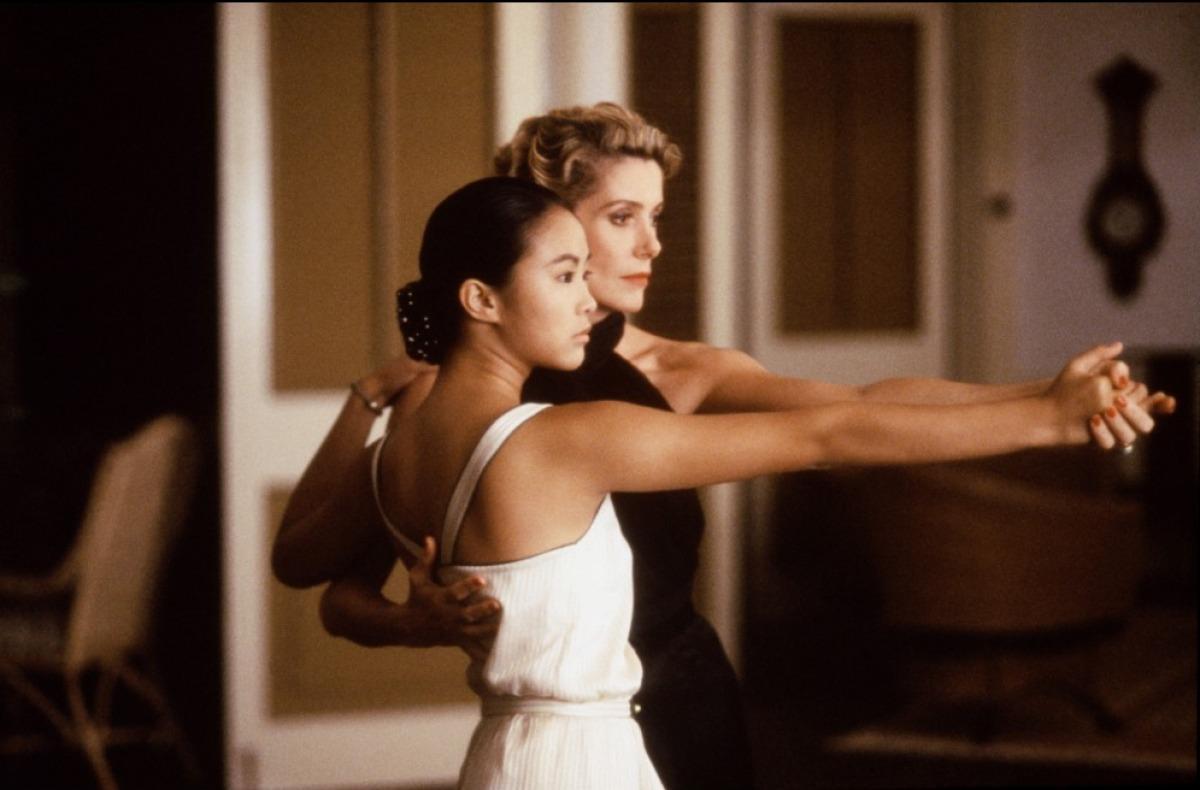 Indochine is an ‘imperialist nostalgia’ film (Rosaldo, 1989) that exhibits a deep yearning for French Indochina in the 1930s without displaying the slightest hint of postcolonial guilt. The film constructs the end of the French Empire in Southeast Asia as a maternal melodrama with overtly allegorical dimensions. The protagonist Eliane, played by one of French cinema’s most bankable stars, Catherine Deneuve, is a single woman and wealthy rubber planation owner. She adopts the orphaned daughter of royal Indochinese friends, Camille, and the two develop a close bond. This family constellation reinforces the colonial trope which imagines the colonised subjects as infants, relying on the protection and guidance of their white father (or mother, in this instance).  When Eliane and her teenage daughter both fall in love with the same French naval officer, the mother-daughter bond is ruptured. Camille has a child with the naval officer and subsequently joins the Communist anti-colonial struggle for her country’s independence. Unable to care for her infant son because of her political commitment, she asks Eliane to raise him. Whilst Camille is cast as the monstrous mother who abandons her child, Eliane is imagined as the victimised mother who has nurtured the her Indochinese children, only to lose her daughter and be expelled from the country she called her home in the end. In this way, the film invites the spectator to lament the colonisers’ loss and the end of Empire, thereby obscuring colonial guilt.