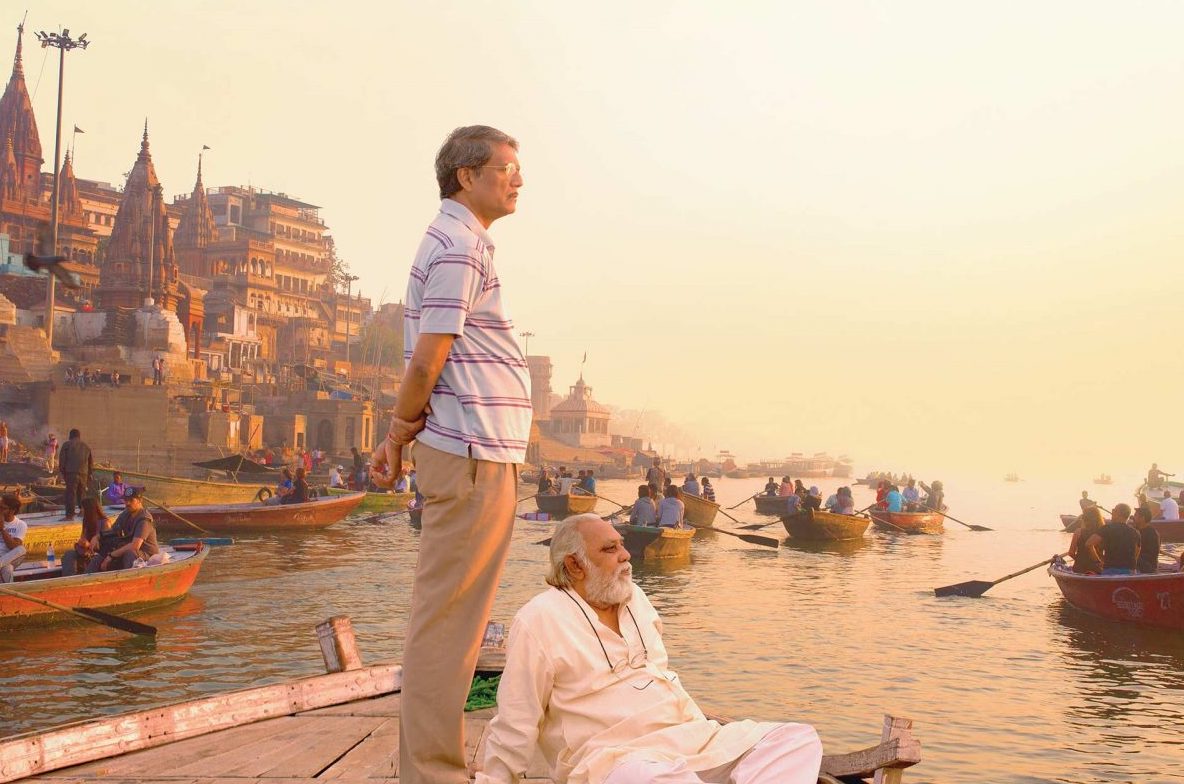 Hotel Salvation has invited comparisons with The Best Exotic Marigold Hotel (John Madden, 2011) since it is also set in a dilapidated Indian hotel catering to the needs of very mature guests and takes a comedic approach to old age. But whereas the Marigold franchise by and large elides death, Bhutiani’s film makes waiting for death one of its main themes. When Daya, an elderly widower, has a premonitory dream about his imminent death, he decides to travel to Varanasi where he wishes to spend his final days. According to Hindu belief, the souls of those who die in Varanasi on the banks of the River Ganges will not be reborn but will attain salvation. Hotel Salvation’s potentially gloomy subject matter is tempered by a heavy dose of irreverence and wry humour that pokes fun at the commodification of the spiritual quest for salvation.