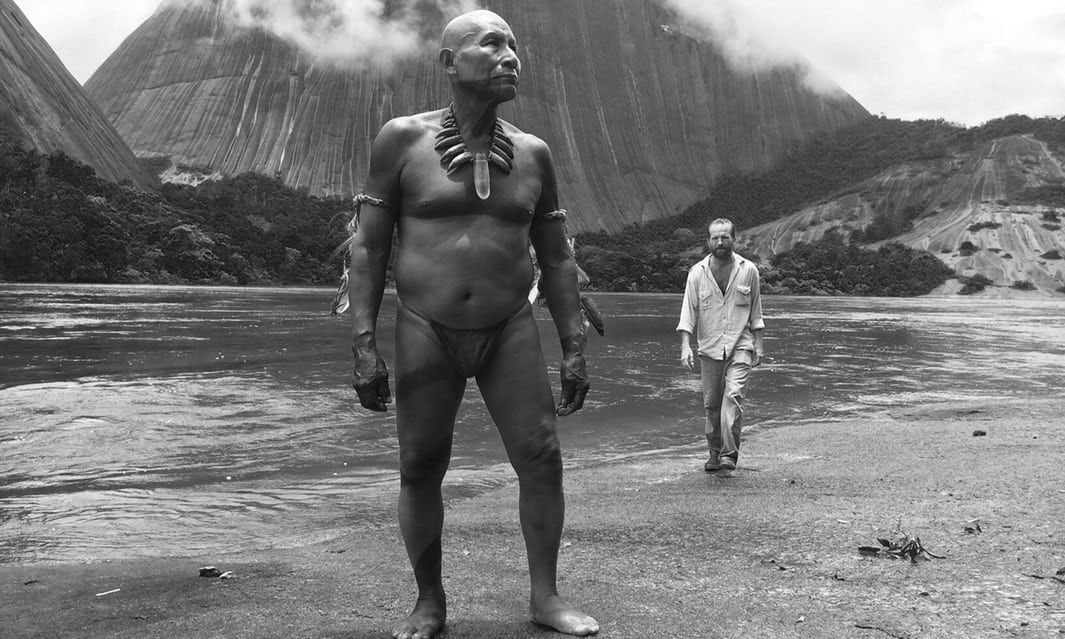 Embrace of the Serpent is a visually stunning black-and-white film that dramatises the encounters between an Amazonian shaman, Karamakate, a German ethnographer (Theo) and, some thirty years later, an American ethnobotanist (Evan), during the first half of the twentieth century. Though loosely based on the white explorers’ travel journals, the film tells the story from Karamakate’s perspective and is suffused with Indigenous myths and beliefs.